Gum recession is when the margin of the gum tissue surrounding the teeth wears away, or pulls back, exposing more of the tooth, or the tooth's root. When gums recede, gaps can form between the gum and tooth, allowing disease-causing bacteria to build up. If left untreated, the surrounding tissue and bone structures of the teeth can be damaged, sometimes resulting in tooth loss. Receding gums is a widespread dental condition. Most people aren’t aware that they have receding gums since it occurs gradually.

As receding gums progress over time, you may notice the following symptoms:

Long Teeth
One symptom is the visible lengthening of the teeth. When gums recede because of periodontal disease, the teeth have the appearance of being much longer than normal.

Exposed Roots
Exposed roots are another symptom, and can be extremely sensitive and uncomfortable. They are often a sign of periodontal disease or can be attributed to brushing overly aggressively with a toothbrush with hard bristles.

Loose teeth
When suffering from receding gums, you may notice loose teeth, attributed to the bacteria and periodontal disease under the gums around the teeth. As receding gums worsen, the gum pockets deepen due to loss of attachment structure.

Numerous factors can cause your gums to recede, including:

Early stages of gum disease can be seen with minor symptoms that include:

Genetics
Some people are more susceptible to periodontal disease. Studies show that 30% of the population may be predisposed to gum disease, even if they take good care of their teeth.

Brushing too hard
If you brush your teeth too aggressively or incorrectly, it can cause your tooth’s enamel to wear away and your gums to recede. To brush with just the right amount of pressure, try brushing with an electric toothbrush like the Oral-B iO. Its Smart Pressure Sensor technology alerts you when brushing too hard to help keep your gums protected.

Poor dental care
Inadequate brushing, flossing, and rinsing with antibacterial mouthwash, can make it easy for plaque to turn into tartar, a hard substance that forms on and between your teeth and can only be removed by a professional tooth cleaning.

Hormone levels
Changes in estrogen levels over a woman's life, like puberty, pregnancy, and menopause, can make gums increasingly sensitive and vulnerable to gum recession.

Tobacco products
Smokers, and other tobacco users, are more likely to develop sticky plaque which can cause gum recession.

Grinding and clenching your teeth
Clenching or grinding your teeth can exert too much force on the teeth, causing gums to recede.

Crooked teeth or a misaligned bite
When teeth don’t come together evenly, too much force can be exerted on the gums and surrounding bone, allowing gums to recede.

Mild gum recession can be treated by a professional deep cleaning in the affected area. During the deep cleaning, plaque and tartar is removed and the exposed root area is smoothed over, making it more difficult for bacteria to attach itself. Antibiotics can also be used to kill any remaining bacteria.

If a deep cleaning is not sufficient to treat the condition, because of excess loss of bone and deep pockets, receding gums surgery may be required.

Q: What causes your gums to recede?
A: There are a number of factors that can cause your gums to recede, including periodontal diseases. These are bacterial gum infections that destroy gum tissue and supporting bone that hold your teeth in place, which is the main cause of gum recession.

Q: How Can I Prevent Gum Recession?
A: Taking good care of your mouth is the best way to prevent gum recession. Brush and floss daily and see your dentist at least twice a year. Your dentist may want to see you more often If you have gum recession. Consider switching to an electric toothbrush like the Oral-B iO, its micro-vibrating bristles remove more of the plaque that can lead to tartar and gum disease.

Q: How can I make my gums healthier?

This blog has been reviewed and approved by Dr Robert Lee,
a dental professional of 35 years 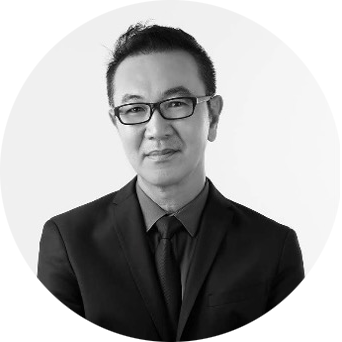 Dr Robert Lee is a dentist with more than thirty years of experience in the industry.

Graduating from the University of Sydney with a Bachelor of Dental Surgery and from the University of New South Wales with a Master of Business Administration, Robert’s career has taken him all over the world – from Australia to Germany to his current position in Chicago, where he is the founder of Denticus Inc., offering strategic dental consulting.

Robert has been assisting the team at Oral-B by fact-checking and reviewing our blogs on dental health. You can find a list of the blogs Robert has approved below:

What is Periodontitis? Treatments, Signs, and Symptoms

How to Brush Your Teeth With a Manual Toothbrush

How to Use Dental Floss

SAVE UP TO $40 ON SUPERIOR ORAL HEALTH

By registering, I confirm I want to receive emails from Oral-B and Crest and other trusted P&G brands and programs. I also confirm that I am at least 18 years of age and that I have read and agree to the P&G Terms and Conditions  and P&G Privacy Policy and CA Privacy.